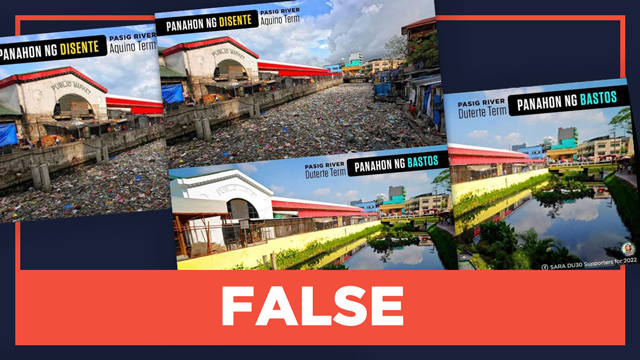 This claim was also fact-checked by Agence France-Presse, which cited another ADB report as the source of the two photos. The report, which was also posted on May 23, 2011, said, “A massive cleanup in Estero de Paco, an estuary of Manila’s Pasig River, was conducted. Concrete embankments have been built and running water and septic tanks installed.”